* In case of any delay in receiving the OTP, you may verify it later. Please proceed without verification.

Enter your City name or Pincode

Arookutty village is situated in Thycattusery block of Alapuzzha district in Kerala. The main languages spoken there are Malayalam and English. 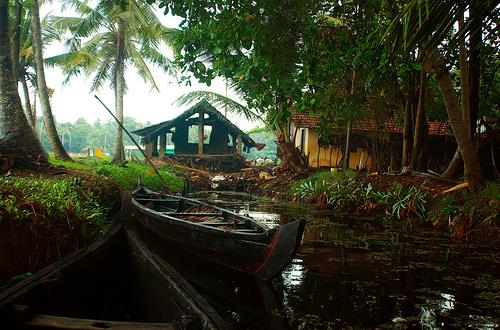 There are three capitals of the neighboring states that lie at a distance of about four hundred kilometers from this village. These capitals are Bangalore, Kavaratti and Pondicherry. Some of the adjoining villages of Arookutty are Thycattussery, Perambalam, Thaicattussery and Panavally. Also the Cochin township  lies at just a fifteen minutes drive from the Vytila terminus.

The life of the quaint little village is somnolent and easy going. The pleasant breezes blowing in from its wide waterfront is very soothing and health giving. This is one of the prime reasons for seeking out the little village as a small stay even is most refreshing and rejuvenating. The river Kythappuzha flows through the village. This river is a tributary of the Vembanadu which is the large waterfront that has been taken up as a part of the National waterways programme. Some of the naturally beautiful areas on the waterfront and associated with it are the Matta islands, Arookutty banks as also the Vaduthala junction.

The weather is pleasant and conducive to touring and sight-seeing. Barring the monsoon season months of June, July and August, which are hot and wet, the other seasons are summer and winter. The winter stretches from October to January and the summer season lasts for a longer duration that is from February to May.

The summer months have a tolerable temperature that remains around 22 degrees to 27 degrees centigrade. Due to heavy rainfall the weather tends to become sticky and stiflingly humid during the early summer. The winter times are the most suited for sightseeing and spending long hours outdoors.

Arookutty can be reached by all the modern modes of travel like by air, by train, by road and across the waterways.

The waterways options are many and varied as there are the regular river boats, the row boats and even the motor launches besides the houseboats that can be seen on these waters commuting from one place to another.

By road Arookutty is easily accessible on the well maintained National Highway Forty seven on which state owned and private buses ply. There is also a well connected taxi service from the nearby towns.